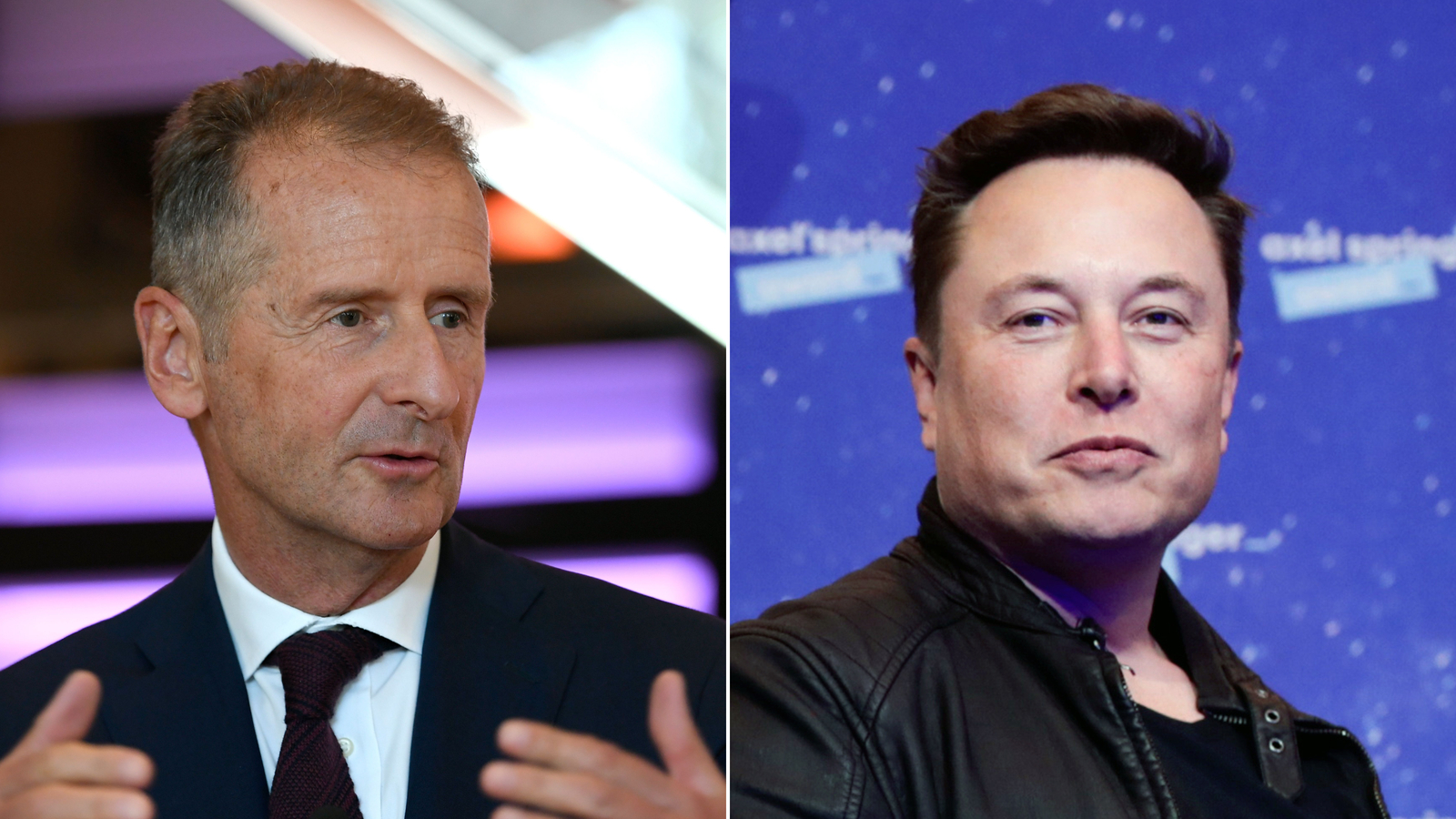 Volkswagen CEO Herbert Diess is new to Twitter, but he made a splash with his very first tweet — going after master troll and Tesla CEO Elon Musk.

“Hello @Twitter! I’m here to make an impact with @VWGroup, especially on political issues,” Diess tweeted on Wednesday. “And, of course, to get some of your market shares, @elonmusk — after all, our ID.3 and e-Tron have won the first markets in Europe. Looking forward to productive discussions.”

Volkswagen Group, which includes VW and Audi among other brands, has made a major push on electric vehicles, selling more of them than any other traditional automaker. Last year it sold 231,600 pure electric vehicles, slightly less than half of the 500,000 cars sold by Tesla, but more than triple VW’s electric vehicle output in 2019.

Meanwhile Tesla is building a factory in Germany to increase its European sales, but VW has jumped to the lead in electric vehicles in many European markets.

Volkswagen is the world’s largest automaker, with global sales of 9.3 million vehicles in 2020 — just 2.5% of those sales were electric vehicles.

Diess joined Twitter in December but sent out his first tweet on Wednesday. In less than 24 hours the tweet had racked up 4,400 likes and he already had 12,000 followers. It’s still a fraction of Musk’s 42.6 million followers, but not bad for a first day.

As Diess enters the Twitterverse, he could learn a bit from Musk’s mistakes on the platform. A handful of Musk’s roughly 13,000 tweets have gotten him into real-life trouble — including action by the Securities and Exchange Commission that stripped him of his title as chairman of Tesla, and a defamation suit that he won.

The Tesla CEO certainly loves trolling other automakers, but he’d actually tweeted nice things about Diess and VW in the past.

In September 2019, when someone tweeted a story critical of Diess and Volkswagen to Musk, he responded, “Herbert Diess is doing more than any big carmaker to go electric. The good of the world should come first. For what it’s worth, he has my support.”

And this past October, responding to another tweet about Diess, Musk wrote: “Diess is doing his best to move in the right direction, but he’s in a tough position with so many constituencies to please. No way to make everyone happy.”