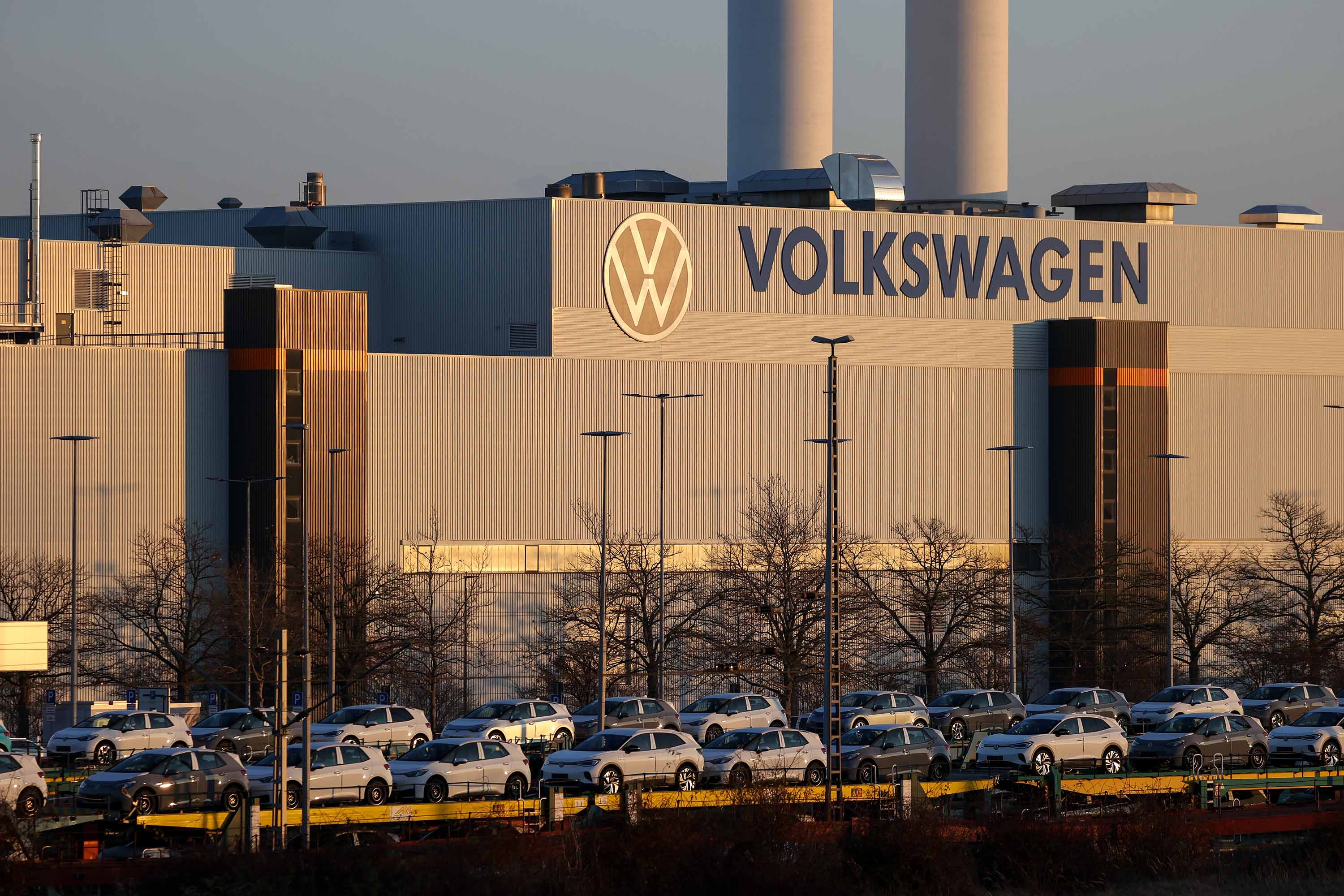 The world’s largest carmaker is starting to gain ground on Tesla.

Volkswagen sold 231,600 battery electric vehicles in 2020, according to figures published by the company on Wednesday. While that’s still less than half the number of sales Tesla made, it represents an increase of 214% on the previous year and shows Germany’s huge auto industry is beginning to mount a challenge to the leader in electric cars.

“We are well on track to achieve our aim of becoming the market leader in battery electric vehicles,” Ralf Brandstätter, CEO of Volkswagen Passenger Cars, said in a statement on Tuesday.

Volkswagen’s most popular battery electric vehicle was the new ID.3, which sold 56,500 units. Sales of the compact e-Golf and even smaller e-up! were 41,300 and 22,200, respectively. Audi, the group’s luxury brand, sold 47,300 e-tron SUV and sportback models, while customers purchased 20,000 electric Porsche Taycans.

Sales of hybrid vehicles, which are powered by electricity and conventional fuels, also increased. Volkswagen sold 190,500 plug-in hybrids last year, a jump of 175% over 2019.

“2020 was a turning point for Volkswagen and marked a breakthrough in electric mobility,” Brandstätter said.

Tesla still poses a formidable challenge, however. The company led by Elon Musk hit its goal of building 500,000 cars in 2020, it reported earlier this month. Production and deliveries rose by more than a third from 2019 levels, an impressive gain, especially considering that the company’s factory in Fremont, California, was shut for nearly two months due to the pandemic. It’s building a plant in Germany after opening another in China in 2019.

Investors have rewarded Tesla by making it one of the world’s most valuable companies. At $805 billion, Tesla’s market value is more than eight times that of Volkswagen even though the German company makes roughly 19 times as many vehicles.

Volkswagen has said it plans to invest €35 billion ($43 billion) in electric vehicles by 2025, and the sales figures for 2020 suggest that customers are beginning to respond. The manufacturing giant intends to launch roughly 70 pure electric models by 2030 as it races to catch up with Tesla.

The electric boom came even as the pandemic pushed overall industry sales into reverse. Volkswagen Group sold 9.3 million cars in 2020, a 15% decline over the previous year, but it said that deliveries were down just 3.2% in December as demand rebounded.

Volkswagen is trying to prove that a carmaker that just a few years back was cheating regulators to sell polluting diesels can produce electric vehicles people want to buy and policymakers will embrace as they tackle the climate crisis.