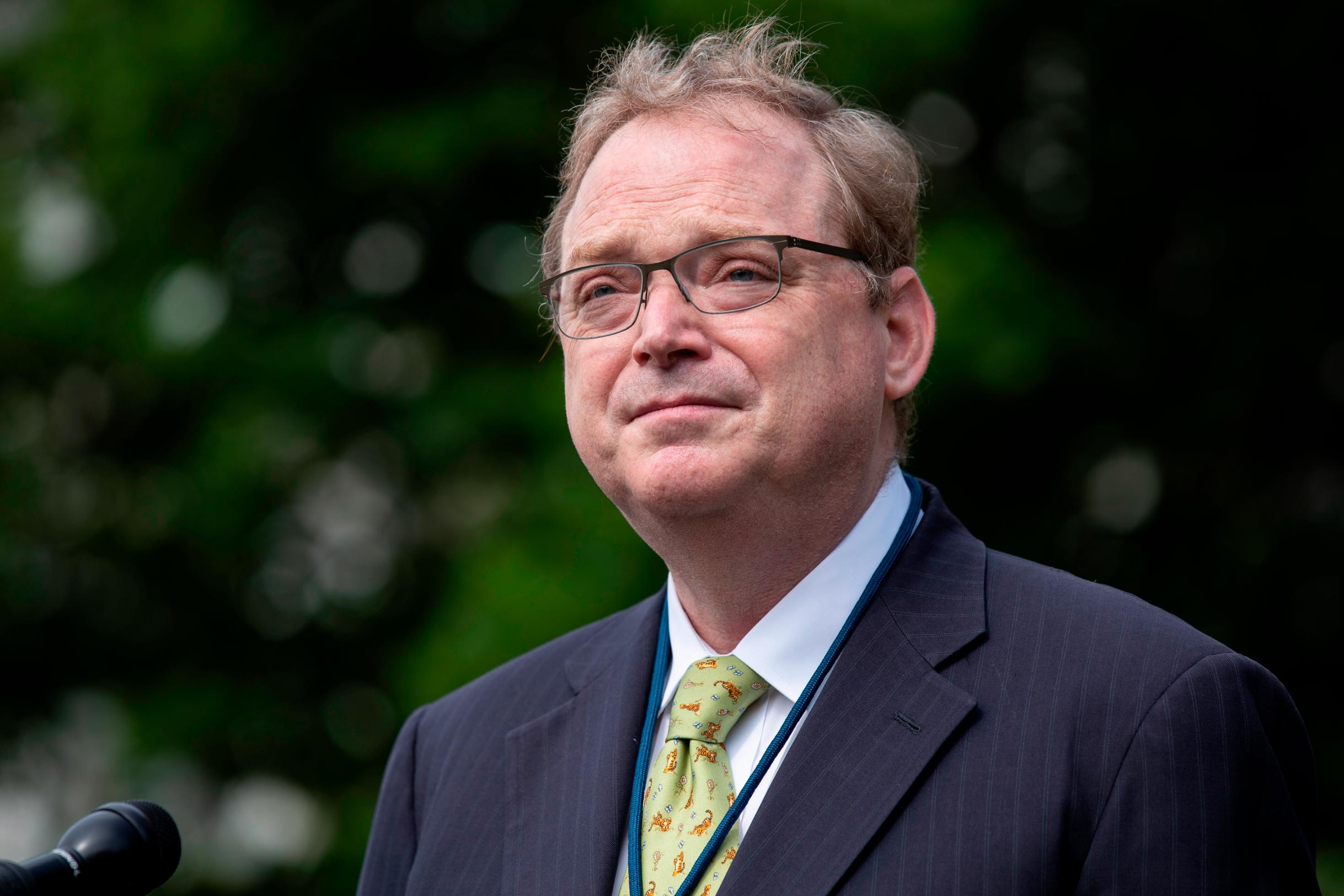 “They’ve thrown a lot of stimulus at it,” Hassett told CNN Business on Thursday, “but I think we need to be risk averse.”

The former Trump administration official fears that without more aid from Washington, the worsening pandemic will cause the US economy to suffer a repeat of the first quarter of last year, when GDP shrank by 5%

“There are so many businesses treading water, barely hanging on. Now they are getting hit by another shock,” said Hassett, who served as Trump’s top economic adviser from 2017 to 2019 before returning in a voluntary role in March of last year. “You could end up in a negative spiral for the economy.”

On Biden’s first day in office, the United States reported more than 4,200 deaths, marking the second worst day of the pandemic. More than 400,000 Americans have been killed by Covid-19. And the death toll could reach 508,000 by mid-February, according to the US Centers for Disease Control and Prevention.

“The disease is spreading in a remarkable and scary rate,” said Hassett, now a distinguished visiting fellow at Stanford University’s Hoover Institution.

With his American Rescue Plan, Biden is taking a go-big or go-home approach. The package calls for $1,400 stimulus checks to most everyone who makes less than $75,000, enhanced unemployment benefits, $350 billion in aid to state and local governments and $400 billion to address the pandemic itself.

And this would be on top of the $900 billion relief package that Congress enacted just last month to prevent benefits from lapsing for millions of Americans. Some Republicans, deficit hawks and economists are balking at the size of the Biden plan so soon after the last one.

Lindsey Piegza, chief economist at Stifel, worries the federal government is rushing too quickly to throw more money at the problem.

“I would like to see a smaller, more targeted approach as we see the economy evolve and adapt, rather than layering on additional helicopter money,” Piezga said.

For his part, Hassett said that there may be elements of the Biden package he likes more than others, but broadly speaking he’s “absolutely” in favor of the plan.

“We made it through last year without a total, utter collapse of GDP because of extremely aggressive stimulus,” said Hassett, who served as a CNN commentator last year.

The former Trump economist is an outlier in his pessimistic view of the recovery’s strength. While Hassett is warning the US economy is likely to shrink in the first quarter, the New York Fed Nowcast model is projecting brisk growth of 6.2%. After Biden unveiled his plan, Goldman Sachs upgraded its 2021 GDP outlook to 6.6%, although that forecast assumes Biden gets $1.1 trillion of fiscal stimulus.

How vaccines and the pandemic are impacting the economy

The pandemic is clearly doing real damage to the economy, especially in virus-sensitive industries such as restaurants, movie theaters, hotels and cruise lines.

The United States lost jobs in December for the first time since the spring. Another 900,000 Americans filed for first-time unemployment benefits during the final full week of the Trump presidency alone.

The sluggish rollout of the vaccine risks extending not just the health crisis, but the economic one as well.

Speeding up vaccine distribution is being complicated by logistical issues and the disastrous transition between the Biden and Trump administrations.

Biden and his advisers are taking charge without a national coronavirus vaccine distribution plan having been put in place by the Trump administration, sources told CNN.

Somewhat counterintuitively, Hassett worries that the US economy will suffer another blow when vaccine distribution accelerates. He explained that people who are next in line for a vaccine, or who have already received a single dose, will be extremely careful to avoid getting infected.

“If you hide in your basement for three weeks, then you know you’re going to be okay,” Hassett said. “There will be a massive increase in risk aversion. We should expect the economy to really, really slow — even if the government doesn’t call for more shutdowns.”

Hassett predicted that after some haggling, Congress will pass another major stimulus package in the next month. He noted that Congress and the Trump administration were close to a nearly $2 trillion stimulus deal last fall.

“Now that the election is behind us,” he said, “people can focus only on what is good for the country.”