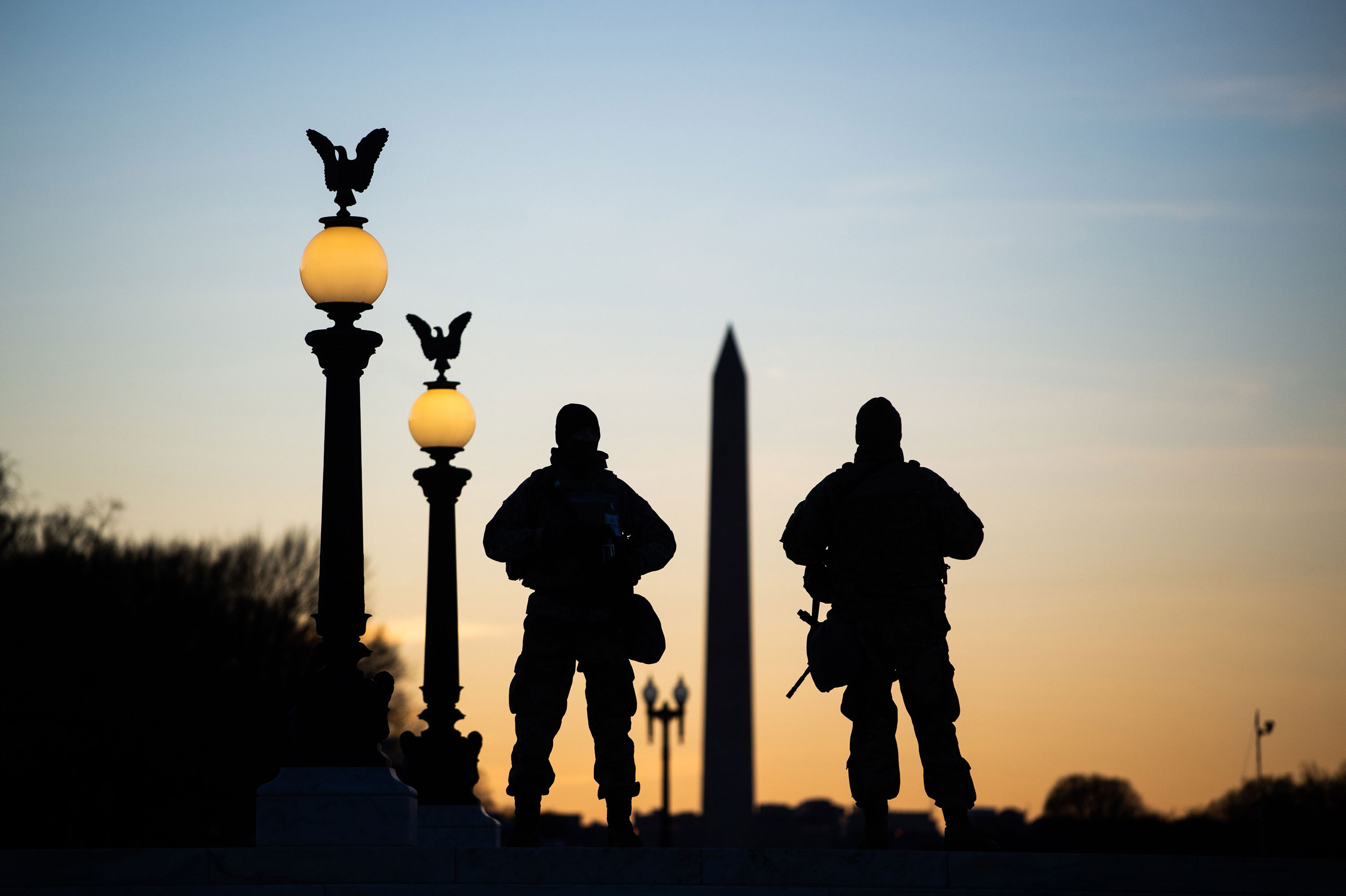 Discussions are taking place about keeping thousands of National Guard troops in Washington until March because of concerns about potential unrest during the upcoming impeachment trial of former President Donald Trump and around President Joe Biden’s first joint address to Congress, two defense officials told CNN.

The concerns stem from what defense officials say is ongoing chatter about demonstrations picked up by federal law enforcement. On Thursday, Washington Mayor Muriel Bowser referenced “intelligence from our federal partners that would suggest that we need more presence,” but she did not elaborate.

CNN reported Thursday that most of the 25,000 National Guardsmen who were brought to Washington to help secure the city through Biden’s inauguration following the deadly riot at the Capitol earlier in the month would be sent home within five to 10 days, according to a statement from the National Guard Bureau. Approximately 15,000 troops will return home “as soon as possible,” though the planning and process to begin moving them may take a few days.

There are some agencies requesting ongoing support, the National Guard Bureau said, and about 7,000 Guardsmen are expected to stay through the end of the January, but CNN has learned that discussions are taking place about potentially extending that deployment.

Senate Majority Leader Chuck Schumer announced Friday that the impeachment trial is due to begin on February 8, and Biden’s first joint address to Congress is yet to be scheduled but is expected to take place in the coming weeks.

The news of a potential extension of the National Guard deployments comes as CNN reported Friday that a series of miscommunications had left Guard members searching for an adequate rest area Thursday night when they were moved from the Capitol into a nearby parking garage.

Guard members ended up having to spend several hours resting on the concrete in the garage before the mistake was fixed and they were moved back to the Capitol Visitor Center.

In a briefing with reporters Thursday, Christopher Rodriguez, director of the Homeland Security and Emergency Management Agency for the District of Columbia, said Washington had made a request for continued National Guard support in the coming days.

“We have requested, because we do anticipate that there will be another national special security event occurring, the joint session of Congress. On behalf of the Metropolitan Police Department, we’ve made a request for continued National Guard support with traffic management and crowd control through January 30,” Rodriguez said.

Incidents in Washington have calmed down, a law enforcement official said, but not to a level where anything greatly changes in terms of security concerns. The Capitol and events surrounding it remain a target, the official said.

The ongoing deployment, however, would be “voluntary,” and governors will have to agree to keep forces in the city.