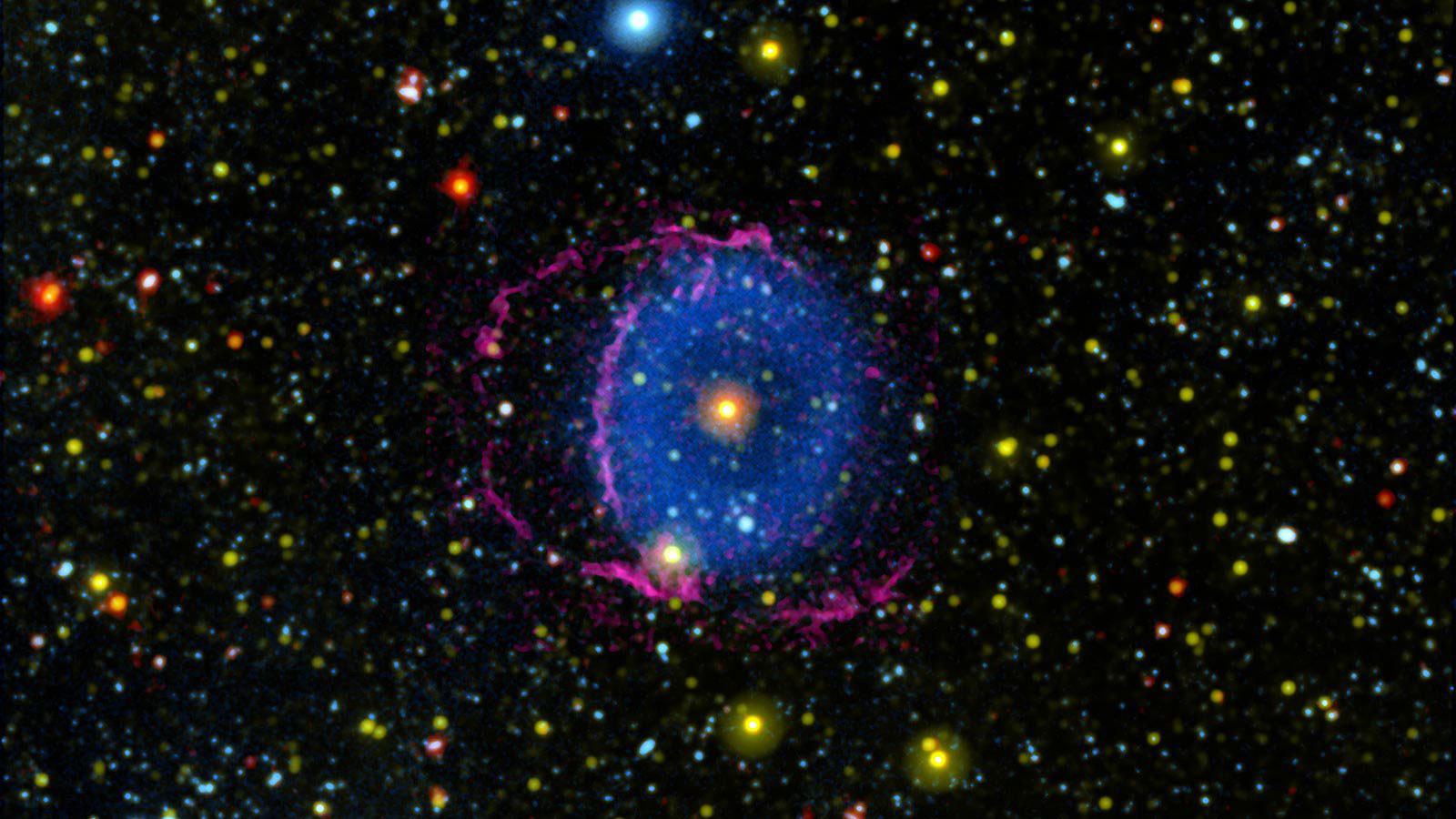 Astronomers were surprised when they discovered what appeared to be a star surrounded by an ultraviolet ring 16 years ago. It became known as the Blue Ring Nebula, located 6,300 light-years away from Earth in the Hercules constellation.

Now, after years of detective work, researchers, including those from the original NASA Galaxy Evolution Explorer mission that discovered it, have solved the mystery of the object.