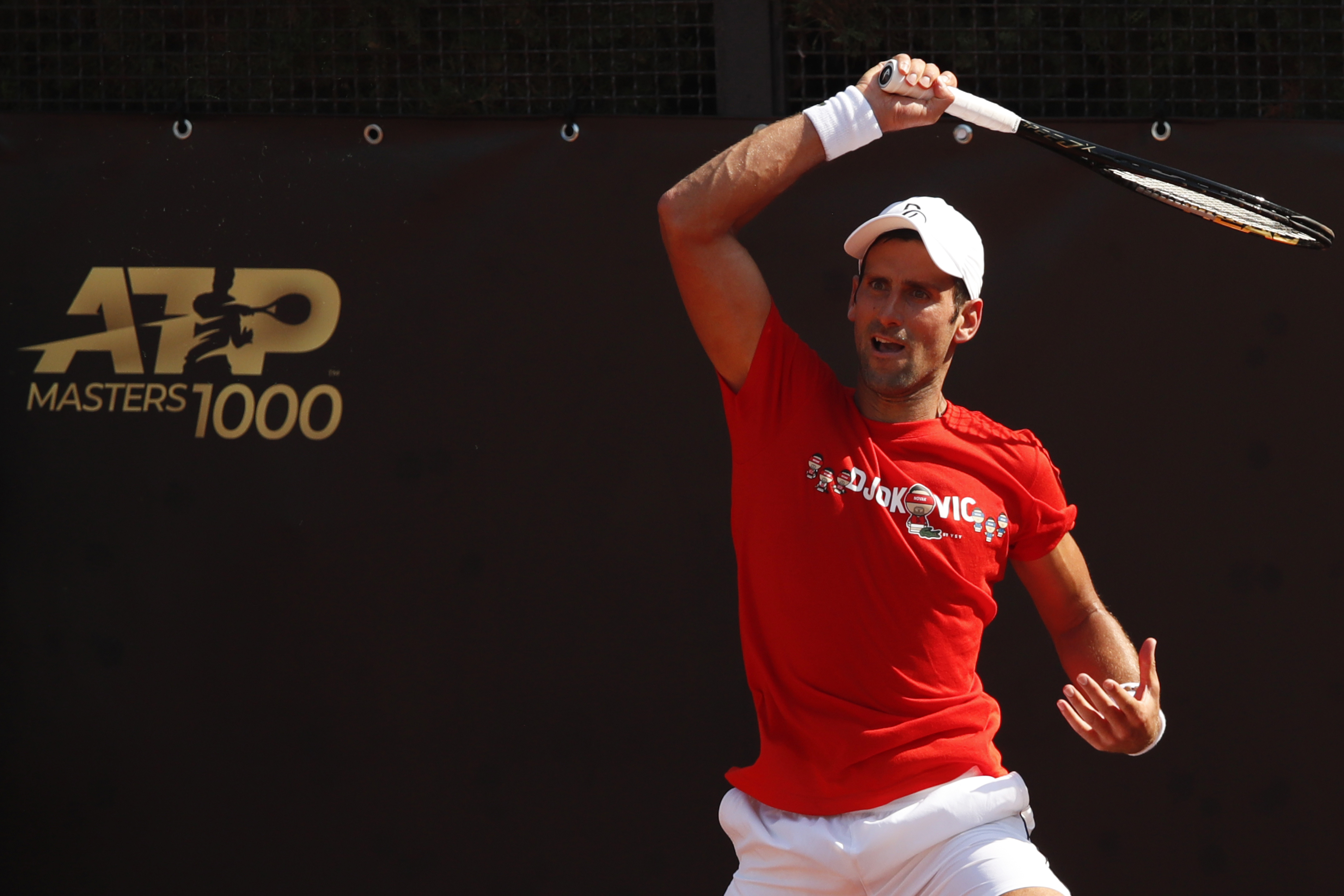 Novak Djokovic says his disqualification from the US Open has been a “big lesson” but admits he doesn’t think he will “ever forget about it.”

The Serbian was disqualified last week after hitting a line judge with a ball during his fourth-round game of the grand slam against Pablo Carreno Busta.

Djokovic apologized for the incident — in which he took a ball from his pocket and hit it behind him only for it to strike the judge in the throat — on social media afterward.

The world No.1, who says he’s checked on the judge, Laura Clark, to make sure she’s OK, spoke for the first time since the incident, explaining he was “shaken by the whole thing.”

“Of course, it was very hard for me to accept right after it happened. For a couple of days, I was in shock and I was shaken by the whole thing,” Djokovic said at a news conference in Rome.

“There was a lot of speculation about whether it was deserved. I accepted it, I moved on. I checked on Laura after the match, she said that she was fine. I felt really sorry to cause the shock and drama to her because she didn’t deserve that in any way.

“I felt very good about myself, my game. It was totally unexpected and very unintended but, when you hit the ball like that, you have a chance to hit somebody that is on the court. I accepted it and I had to move on. Of course, I didn’t forget about it, I don’t think I’ll ever forget about it.”

READ: Novak Djokovic’s default opens the door for young stars to win a grand slam, but will success come with an asterisk

‘I’m hoping for the best’

Even before the incident for which he was disqualified, Djokovic’s aggression had shone through. He had whacked a ball angrily against the advertising hoardings earlier in the same match.

But while he acknowledges he is working to be “the best version of myself on the court and off the court,” his fiery temperament is something that has helped the 17-time grand slam winner reach the top of the sport.

“I understand that I have outbursts and this is the personality and the player I have always been,” he said. “I obviously went through ups and downs in my career in managing to control my emotions more or less but you’re alone out there, it’s a lot of intensity, a lot of pressure and you have to deal with all of that so sometimes situations like this happen.

“I cannot promise that I will never, ever do anything similar to that. I’m definitely going to try my best that something like that never happens again, obviously, but anything is possible in life. I’m going to take this in as profound as possible as a big lesson.”

Djokovic is preparing to appear at this week’s Italian Open and the French Open, which begins on September 27. And getting back onto the court was important for him in getting over the incident.

“I don’t think I’ll have any major issues coming back to the tour and being able to perform well. I have my first chance here in Rome.

“It’s great I think I have a tournament a week or 10 days after it happened because I feel the earlier, I get back in competition mode the faster I’ll overcome the memory and re-program it. I’m hoping for the best.”

Rafael Nadal, who chose not to defend US Open title in New York, will play his first tournament since the end of February in Rome.

He said of Djokovic’s incident: “The consequences have been always the same. Novak was unlucky. The rules say clearly that’s a default.

“Sorry for him. He had an opportunity there. But in some way you should not be doing this. It is important to have the right self-control on the court because, if not, you can be unlucky as he was.”