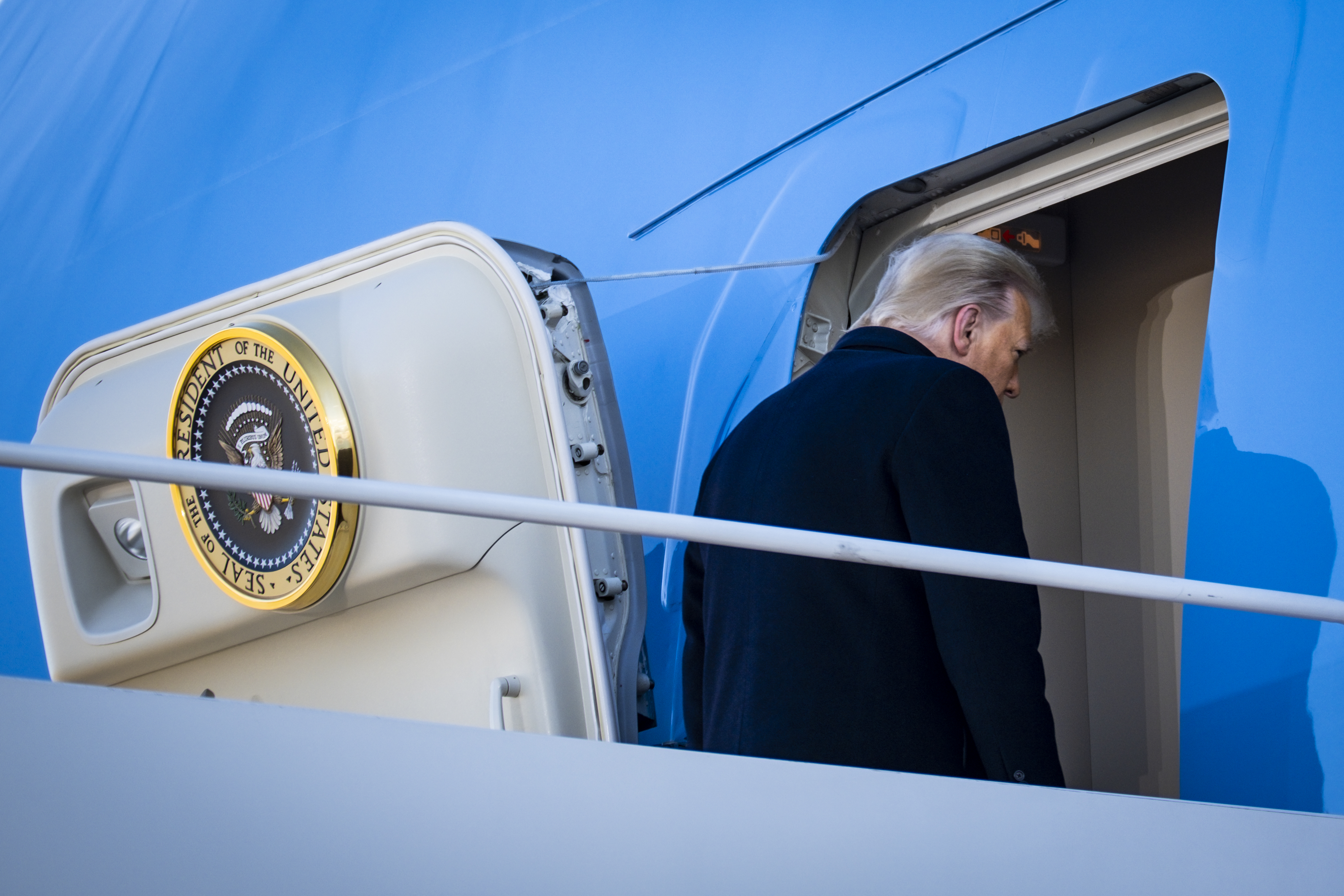 Clark — who appealed to the former President’s false claims of election fraud — met with Trump earlier this month and told Rosen following the meeting that the then-President was going to replace him with Clark. Clark would then move to keep Congress from certifying the election results in then-President-elect Joe Biden’s favor, according to the paper.

Rosen demanded to hear the news straight from Trump, according to the paper, and arranged a meeting on the evening of January 3 — the same day that Trump’s call with Georgia Secretary of State Brad Raffensperger, in which Trump pressured the state official to find enough votes for him to win Georgia, came to light.

During the meeting, Rosen, another top Justice Department official and Clark gathered with Trump, White House counsel Pat Cipollone and other lawyers. Trump had Rosen and Clark state their cases for him, the Times reported. The Times cited two officials who compared Rosen’s and Clark’s opposing arguments during the meeting to an episode of “The Apprentice,” Trump’s old reality TV show.

Citing four former Trump administration officials, the paper reported that an agreement among department leadership that they would all resign if Rosen were fired helped sway Trump from removing his acting attorney general. The notion of department pandemonium, congressional investigations and blowback from fellow Republicans seemed to resonate with Trump, who after nearly three hours decided to allow Rosen to stay and determined that Clark’s plan would not work, according to the Times.

CNN has reached out to the Justice Department for comment. Clark told the Times that its report contained unspecified inaccuracies and that he could not speak to his conversations with Trump or department lawyers.

“Senior Justice Department lawyers, not uncommonly, provide legal advice to the White House as part of our duties,” he told the paper. “All my official communications were consistent with law.”

Trump declined to comment to the Times. One of his advisers told the paper that the former President had pushed for investigating “rampant election fraud that has plagued our system for years” and “any assertion to the contrary is false and being driven by those who wish to keep the system broken.”

The Times reported that Trump had pressured Rosen from the onset of his role as acting attorney general to appoint special counsels to investigate baseless claims that the election’s integrity had been widely compromised, and specifically to probe Dominion Voting Systems, which Trump falsely claimed had perpetuated widespread fraud.

Rosen refused, telling Trump that such a move would be inconsistent with the department’s lack of findings of voter fraud, the paper reported. Trump continued to press him, questioning why the department had not found evidence and accusing it of failing to advocate for him, while Rosen and Deputy Attorney General Richard Donoghue resisted. Unbeknown to them, a Pennsylvania politician had connected Trump with Clark, who told the then-President he agreed that fraud had tainted the election results, according to the Times.

Clark, who had become the acting head of the civil division in September, was quickly embraced by Trump after their meeting, per the paper.