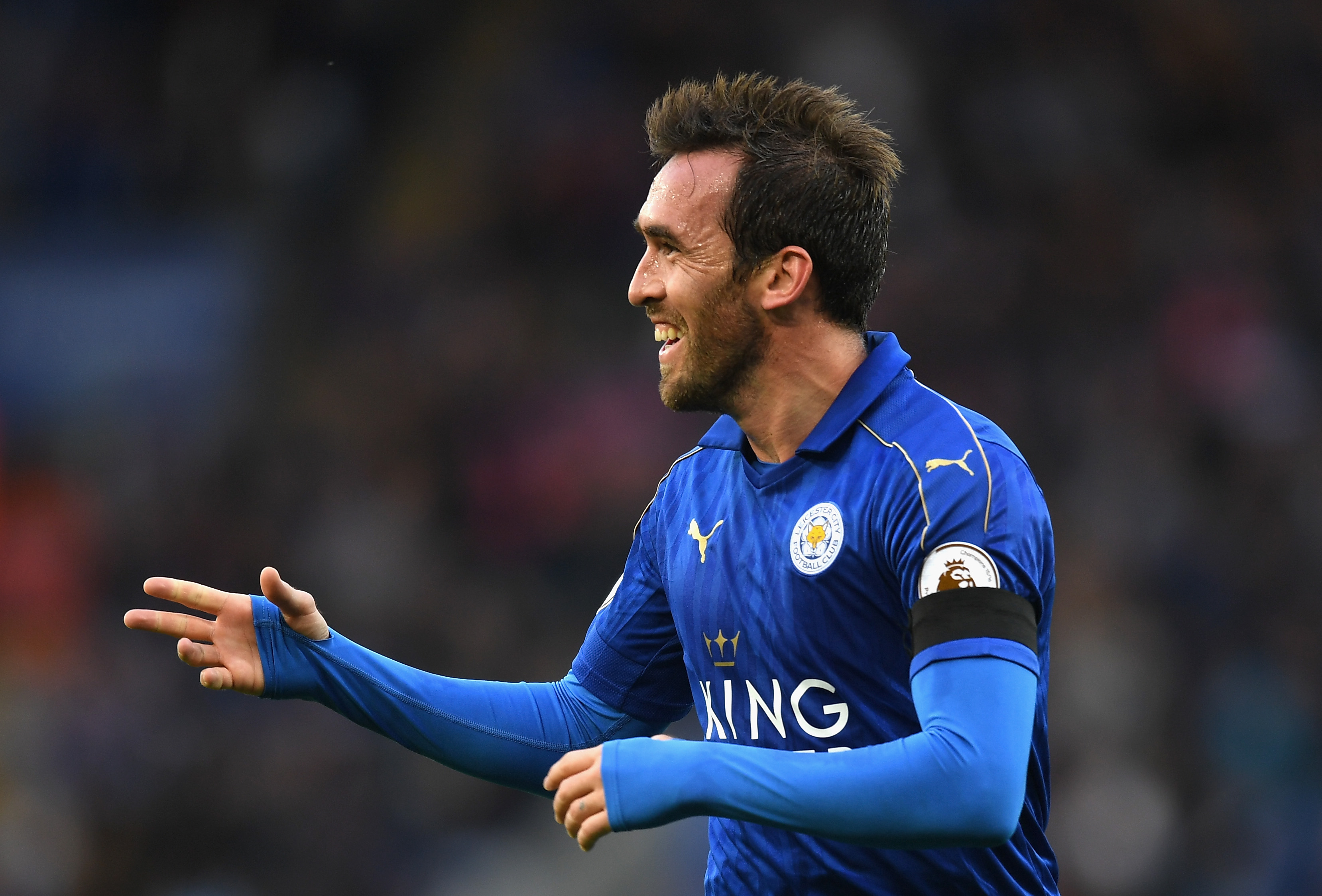 Christian Fuchs fondly remembers the moment in 2016 when it dawned on him that Leicester City — a team which avoided relegation the previous season by the narrowest of margins — would do the unthinkable and win the English Premier League, defying astronomical odds of 5,000/1 in the process.

It was four years ago that Tottenham drew 2-2 at Chelsea in early May, mathematically assuring Leicester of the title, and only then did Fuchs allow himself to think the impossible was possible.

“When we were at Jamie’s house,” says Leicester defender Fuchs, recalling those memorable scenes of the players gathering at striker Jamie Vardy’s home to watch the match, “my mindset was still that we are still the underdogs and everybody else is in demand to make it other than us. Of course, when the final whistle blew, there were no boundaries.”

Five seasons on from possibly the greatest underdog story in the history of sports, the Foxes are yet again threatening to upset conventional wisdom, by not only topping the table with just over a fifth of the 2020/21 season played, but aiming to extend their lead over current champion Liverpool to four points by winning at Anfield on Sunday.

In a sense, it’s the opening act of the Premier League’s own version of Mission: Impossible 2.

And if sequels often contain a measure of revenge, then Fuchs and his teammates have the perfect plot twist planned by seeking to make amends for the controversial 2-1 defeat in the league game at Anfield last season, courtesy of a VAR-awarded penalty in injury time.

Not that the 34-year-old Austrian is doing anything other than looking ahead to this weekend’s game, pointing out that “this is a snapshot of where we are right now.”

However he does concede that “we want to be as successful as possible, but that doesn’t necessarily mean to win the Premier League … but going there against the reigning champions is always something nice, always something great.”

Leicester’s early season resurgence was not necessarily on the cards, considering that its form post-‘Project Lockdown’ earlier this year was anything but great, throwing away what looked like a certain Champions League position on the final day of the delayed 2019/20 season.

But boss Brendan Rodgers — who once managed Liverpool — did not allow the summer slump to spill over to the new campaign. Eight games in and his charges have enjoyed notable away wins among their six victories in total, with star man Vardy continuing to plunder goals for fun.

His hattrick in the 5-2 demolition at Manchester City, followed by the sole goal in a first away triumph at Arsenal in almost 50 years at Arsenal, are part of his joint league-leading total of eight.

And while players come and go, a small core of the “Fearless Foxes” of 2015/16 remain at the club, with Fuchs, Vardy and goalkeeper Kasper Schmeichel playing pivotal roles, and veterans Wes Morgan and Mark Albrighton helping the cause from the bench.

Many teams could have suffered by selling a key asset such as England defender Ben Chilwell, who left for Chelsea, yet the reinvestment in new signings Timothy Castagne from Atalanta and Wesley Fofana from Saint-Étienne, both effortlessly slotting in, has arguably strengthened the team.

“When you wear the Leicester City badge, it’s always about being humble and always about giving your very best,” Fuchs maintains. “I think we earned a lot of respect over the last couple of years.

“I think it’s also very clear that whatever Leicester is doing, whatever we are doing behind closed doors, that it makes us simply a better team, a better club. And that’s definitely known out there from the teams approaching the games against us in a different way.”

But it is not just Leicester’s rivals approaching these games in a different way, but the sport of football itself, which continues to be played amid the backdrop of the coronavirus pandemic, and without supporters in attendance.

Fuchs initially struggled to deal with the lack of fans, noting: “At the very beginning, it was very awkward, it felt more like training rather than a Premier League game.”

But many months in, he acknowledges that “you have to accept it, because no fans being in the stadium doesn’t mean that you don’t have to fight for three points.”

Fuchs admits to getting goosebumps when “I allow myself to look into the future, is what will happen when there will be a crowd again. Will this maybe feel then a little bit weird? Of course, you get used to playing in front of empty stands, but it’s nothing that you want to get used to.”

Whether history can be instructive in attempting to gauge another unlikely Leicester title challenge is unknown. But consulting the record books shows that the two games against Liverpool during the original Mission: Impossible, released in 2015/16, resulted in a 2-0 home win for the Foxes and a narrow 1-0 defeat at Anfield.

Liverpool’s winner in December 2015 was scored by Christian Benteke, who then returned as part of the opposition to score both of Crystal Palace’s goals in a 2-1 away win on April 23, 2017.

To this day, Palace’s victory remains the last time the Reds suffered a home defeat in the league. But as another Christian knows all too well, records are there to be broken.