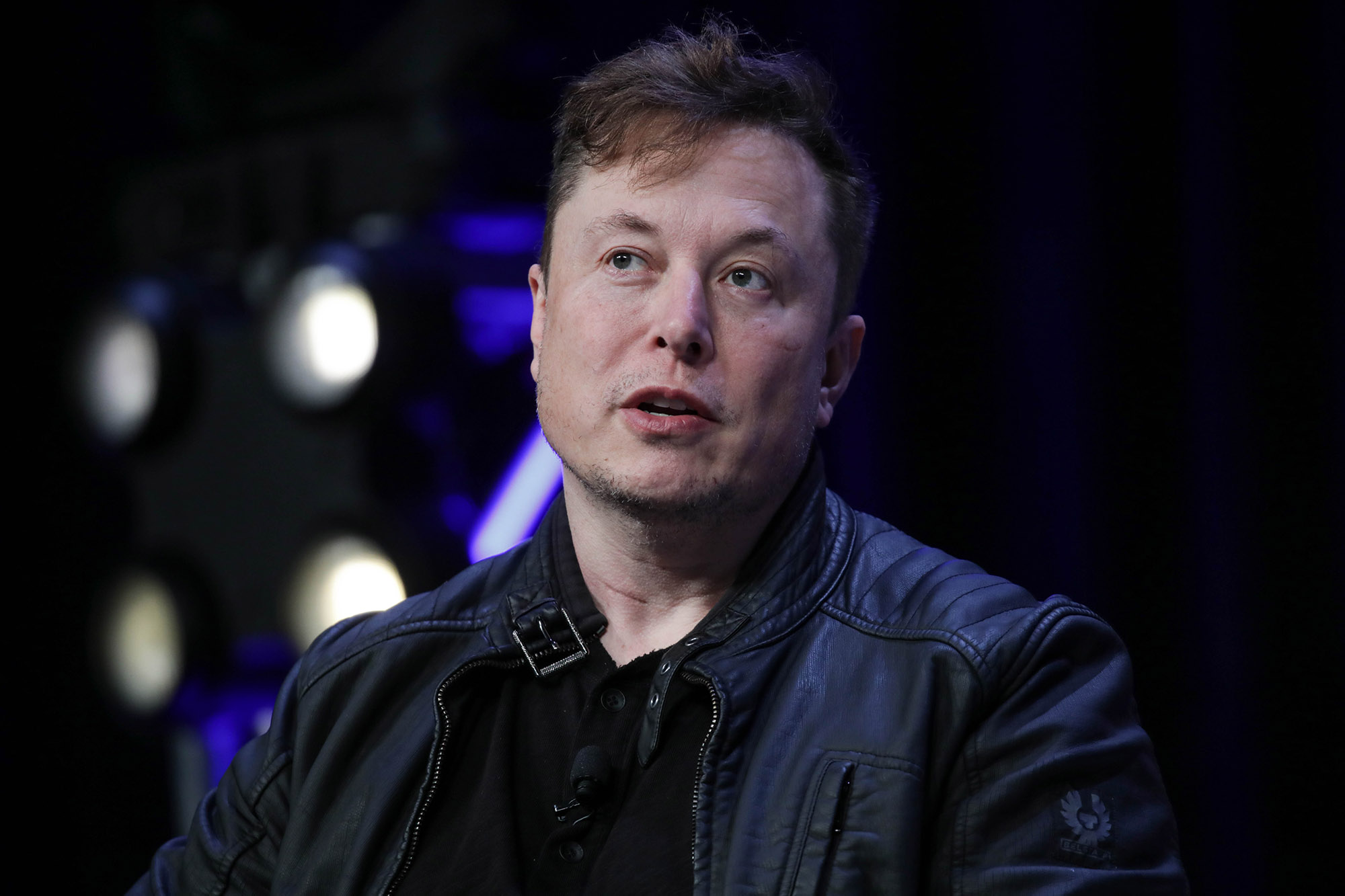 Tesla, the hottest stock in the market for more than a year, has sunk into bear market territory.

Shares of Tesla fell 6% Tuesday after closing down 8.5% Monday, wiping out its gains for the year. The stock closed at a record just above $883 on January 26 and has tumbled since. It fell low as $619 Tuesday, the first time Tesla shares have fallen below $700 since December 31.

The steep decline has taken Tesla shares below their level when the company entered the S&P 500 on December 21. It also knocked CEO Elon Musk into the No. 2 position in the richest person on the planet list, behind Amazon founder Jeff Bezos. The two have been swapping positions repeatedly this year.

Tesla’s stock is selling off for several reasons:

Tesla announced earlier this month that it had invested $1.5 billion in bitcoin. That helped feed the recent rally in bitcoin and by some estimates earned Tesla a quick $1 billion profit — more than it has ever made from selling cars in a single year.

But on Saturday, in response to a critic of Tesla’s bitcoin investment, Musk tweeted that the price of both bitcoin and another cryptocurrency called Ether “do seem high.” That helped to send the price of bitcoin down 9.3% in trading Monday, which may have helped to drag down Tesla shares.

“Bitcoin is the smart move at the right time for Tesla in our opinion, but on the downside its playing with firecrackers and risks and volatility are added to the Tesla story,” said Daniel Ives, tech analyst for Wedbush Securities, who remains bullish on Tesla shares.

But over the weekend, the cheapest “standard range” version of the Model Y disappeared from Tesla’s sales site, leaving only the more expensive long-range and performance versions of the SUV. Tesla did not explain its decision.

“We see the plausible reasons as either: the mix was skewed too much to the cheaper variant, and thus it was going to kill their margins, or more likely there just wasn’t much demand for the lower variant,” said Gordon Johnson of GLJ Research, one of the more bearish critics on Tesla shares. He said the recent price cuts and other price cuts show that Tesla vehicles do not have the demand that its fans claim.

Established automakers have recently set ambitious targets for their own EV sales.

General Motors rolled out an SUV version of its Chevrolet Bolt a week ago, priced well below the Model Y, and announced it intends to sell only emissions-free cars after 2035. Ford set an even more ambitious EV target for its European sales, saying all of the car models it sells there will be EVs by 2030.

Apple is also considering partnering with an automaker to get into the car business, according to several news reports.

Those efforts are making some Tesla investors nervous, said Ives, although he believes there will be enough of a shift to EVs for multiple winners among global automakers.

Investors got ahead of themselves

Tesla shares peaked one day before a disappointing earnings report on January 27 that fell short of forecasts from Wall Street analysts.

The earnings showed that the money Tesla made from the sale of regulatory credits to other automakers outpaced its overall net income. Critics, like Johnson, said it’s proof Tesla isn’t able to make money building and selling cars (although by some other profit measures Tesla is profitable).

During the earnings conference call on January 27, Musk also spoke about a shortage of batteries needed to power electric vehicles. He said that even with Tesla’s own in-house supply of batteries and its planned expansion of battery production, the company is scrambling to find the batteries it wants to build more vehicles.

“The fundamental limit on electric vehicles right now, in general, is total availability of [battery] cells,” he said. For example, Musk said Tesla would have already started producing a semi-tractor if it had the batteries available to do so.

Shares are still way up

Tesla shares rose a market-leading 743% in 2020, as investors embraced the idea that the future of the auto industry would be electric. Tesla remains by far the most valuable automaker in the world, with a market value well above that of the eight largest automakers.

Even with the recent decline. Tesla shares are up about 1,300% since October 2019, when it reported a third-quarter profit that surprised investors, sending shares on a tear.

Some investors believe Tesla’s stock flew too high. Yet many analysts believe Tesla will bounce back. Ives has a 12-month target price of $950.

But even Ives has a warning: “It’s ‘buckle up the seat belt time’ again for Tesla’s stock with more volatility on the horizon.”