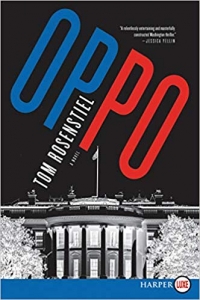 A breathless and highly charged political thriller: the story of a senator who is offered the vice presidential slot by both parties’ presidential nominees and then gets ominous threats

It’s presidential primary season in Washington, DC, and both parties are on edge. At campaign rallies for all the candidates around the country, there are disturbing incidents of violence and protest and shocking acts of civil disobedience. Rena and Brooks are happy to sit it out. Against this backdrop, Wendy Upton, the highly respected centrist senator, must make a choice: she’s been offered the VP slot by both parties’ leading candidates. When she receives an anonymous, unnerving threat that could destroy her promising career, she hires Peter Rena to investigate her past and figure out which side is threatening her and what they are threatening her with. As Rena digs through the senator’s seemingly squeaky-clean past, he must walk the tightrope between two parties at war with each other and with themselves, an electorate that is as restive as it has ever been, and a political culture that is as much driven by money as it is by ideology.

TOM ROSENSTIEL is the executive director of the American Press Institute and a senior fellow at the Brookings Institution. 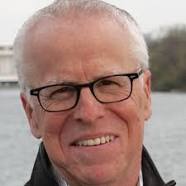 Before joining the American Press Institute in January 2013, he was founder and for 16 years director of the Project for Excellence in Journalism at the Pew Research Center in Washington, D.C., and co-founder and vices chair of the Committee of Concerned Journalists. He is the author of nine books, including his two novels. His first, Shining City (2017), about a supreme court nomination, was an NPR Book of the Year. His second, The Good Lie (2019), about a terrorist incident, was a Washington Post best seller. Tom has written seven books on journalism, politics and ethics. Among them is The Elements of Journalism: What News People Should Know and the Public Should Expect, co-authored with Bill Kovach, which has been translated into more than 25 languages and is used widely in journalism education worldwide. It has been called “a modern classic” (NYT) and one of the five best books ever written on journalism (WSJ).