AMERICA’S REVOLUTIONARY MIND: A MORAL HISTORY OF THE AMERICAN REVOLUTION AND THE DECLARATION THAT DEFINED IT, by C. Bradley Thompson (Author) 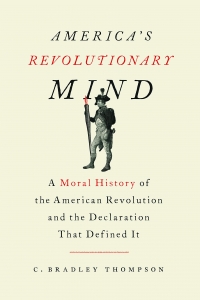 BRADLEY THOMPSON is the BB&T Research Professor in the Department of Political Science at Clemson University and the Executive Director of the Clemson Institute for the Study Capitalism. 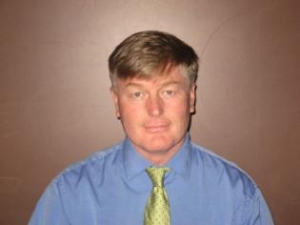 He received his Ph.D from Brown University, and he has also been a visiting scholar at Princeton and Harvard universities and at the University of London. Professor Thompson is the author of the award-winning book John Adams and the Spirit of Liberty. He is also the author (with Yaron Brook) of Neoconservatism: An Obituary for an Idea. Thompson has edited two books: The Revolutionary Writings of John Adams (Liberty Press) and Antislavery Political Writings, 1833-1860: A Reader (M.E. Sharp). He was also a co-editor of the four-volume Encyclopedia of the Enlightenment (Oxford University Press).